"R.M.Williams is delighted and honoured to partner with Commonwealth Games Australia to design the uniform for the Australian Team to be worn during the opening and closing ceremonies." - R.M.Williams CEO, Raju Vuppalapati

The Gold Coast has welcomed thousands of fans, athletes and officials for the official opening of the XXI Commonwealth Games. Showcasing culture, colour, unity and diversity, the Opening Ceremony epitomised the spirit of the Gold Coast and Queensland.

Wearing custom-made R.M.Williams uniforms, the athletes walked proudly into the stadium for the Opening Ceremony.

Commonwealth Games Australia CEO Craig Phillips said he was proud of the uniforms created for the Australian Team.

“With more than 700 athletes and officials set to be part of the Australian Team, this is one of the biggest Australian Team’s assembled for any Games, so outfitting is a real challenge,” he said.

“R.M. Williams is clearly one of Australia’s most iconic clothing brands and the work they have done on the Australian Team opening and closing ceremony uniforms is wonderful.

“We really feel that we have a created a uniform that befits the honour of representing Australia on the world stage, but has a casual, contemporary twist that is at home on the Gold Coast. 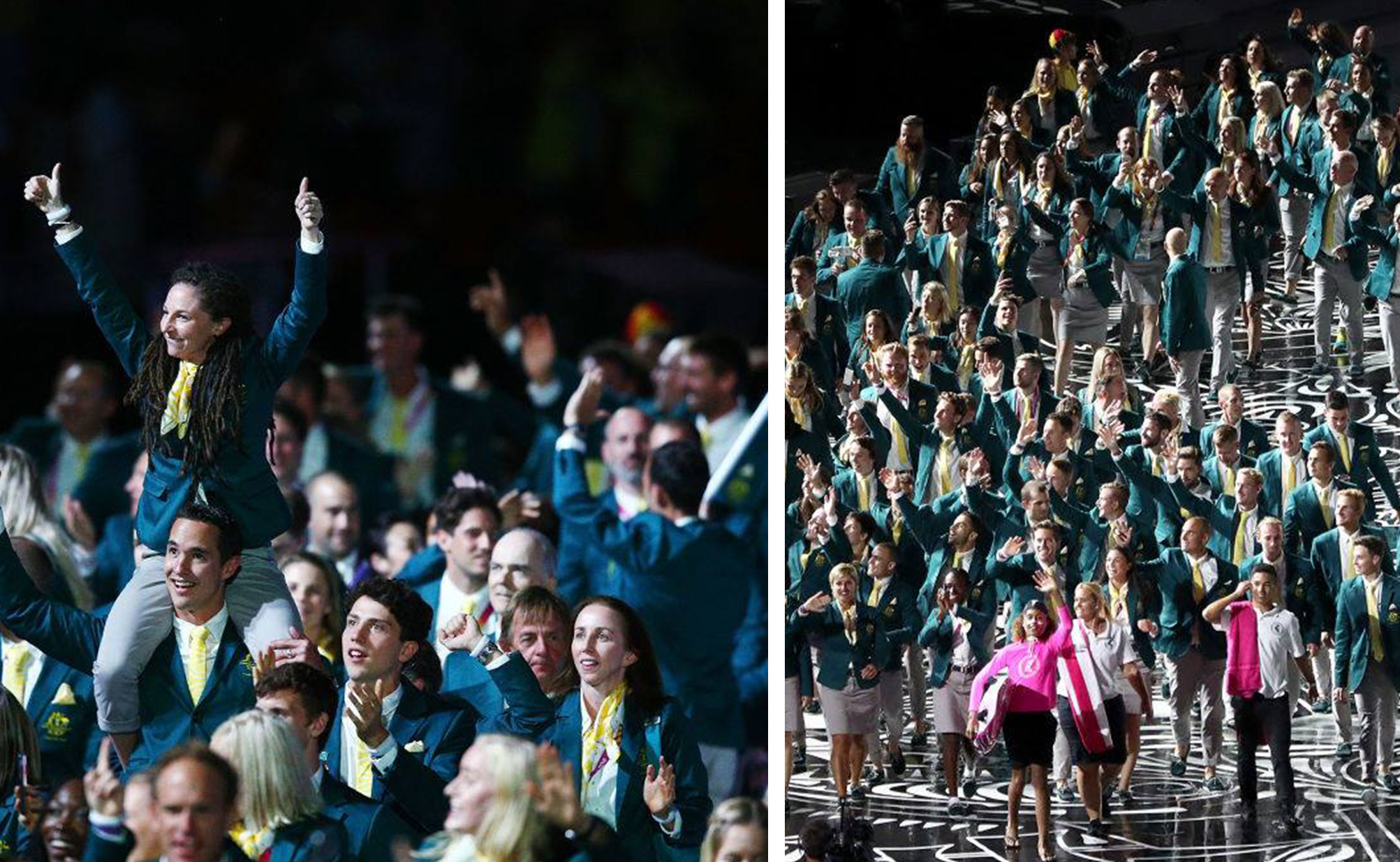 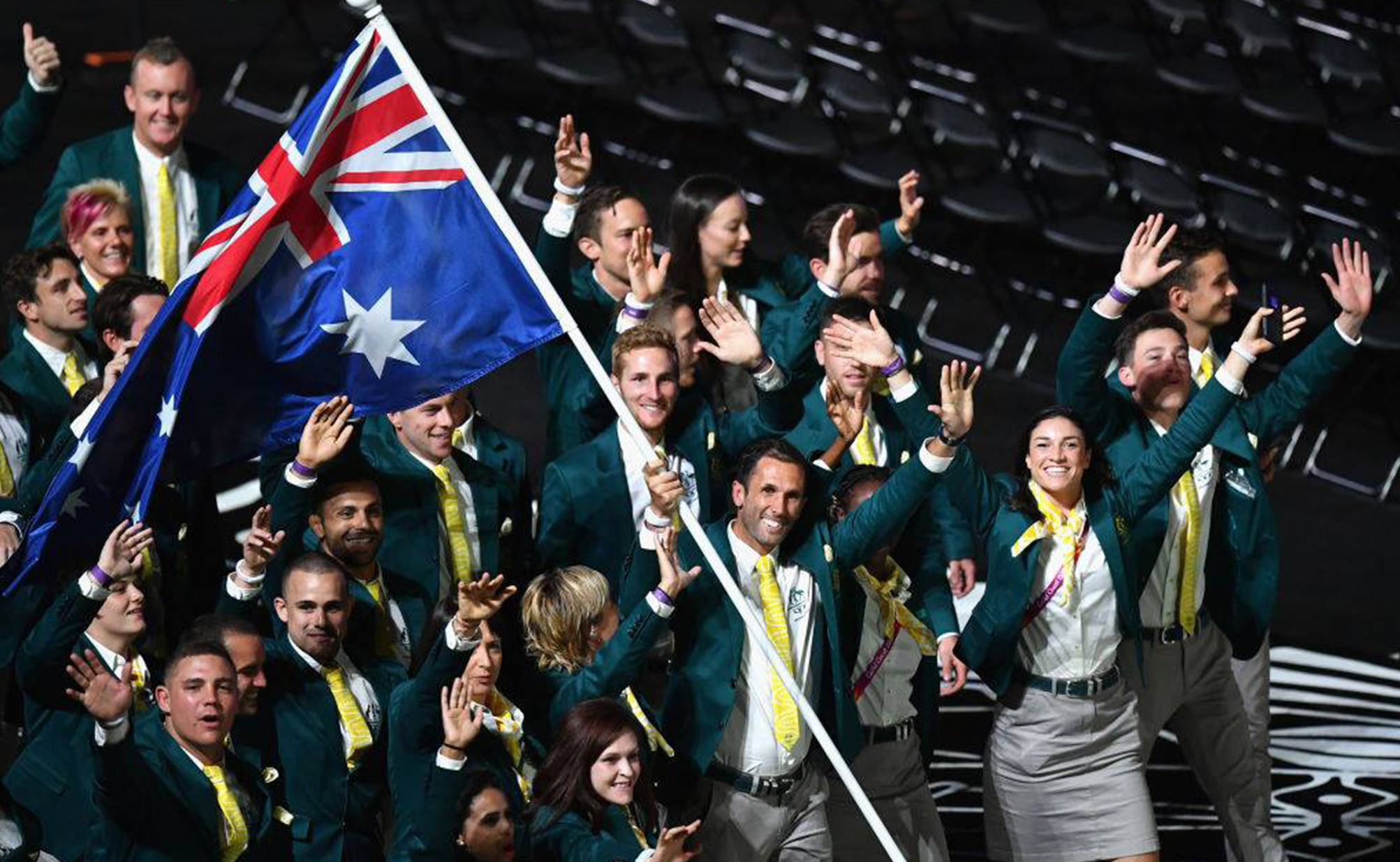 “Perhaps most special about the R.M. uniform is the Indigenous artwork detail throughout – featured in the blazer lining, the pocket squares, ties and scarves and also the polo shirt.

“The artwork used throughout the uniform represents ‘Unity’ which is a powerful message for our team,” Phillips said.

“R.M.Williams is delighted and honoured to partner with Commonwealth Games Australia to design the uniform for the Australian Team to be worn during the opening and closing ceremonies.”

“We have created a “head-to-toe” look that reflects Australia and the Gold Coast – pioneering spirit, rugged elegance, beach and sunshine. The designs feature print artwork inspired by a visual expression of unity, created by Indigenous artist Jenna Lee.“

“We wish our athletes and Commonwealth Games 2018 great success.”

“Supporting Australia has always been of the utmost importance to R.M.Williams; from collaborations with the Royal Agriculture society, Australian Defence force and the Wallabies to our new partnership with the Commonwealth Games. It is the heart and soul of the company.

“We are proud to be supporting our athletes at the 2018 Commonwealth Games and for our iconic brand to be part of the experience. Australia is renowned the world over for R.M.Williams and sporting excellence, so what better partnership to showcase this.”